We drove to St. Elmo, Colorado on Monday morning for a two night camping trip. It's about four hours away, through some really pretty areas. The drive went quickly, except for the small stretch where Cora cried. :o)

St. Elmo is Colorado's largest and most well-preserved ghost town. It was an old mining town with a population of about 2,000 back in the late 1800's. Most of the buildings were built at that time. Some of the buildings had original wallpaper and curtains. It was neat to see everything that was there, and it was a wonderful homeschool field trip for Chloe. 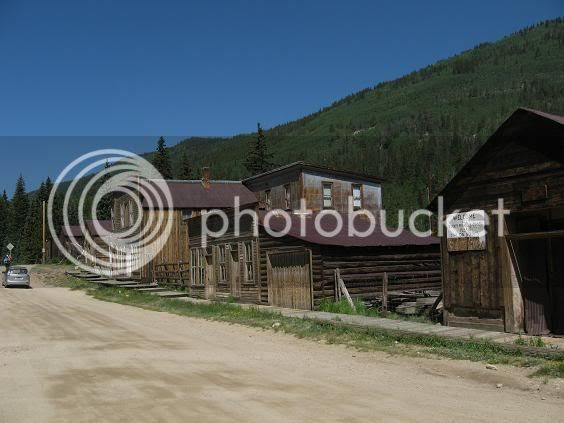 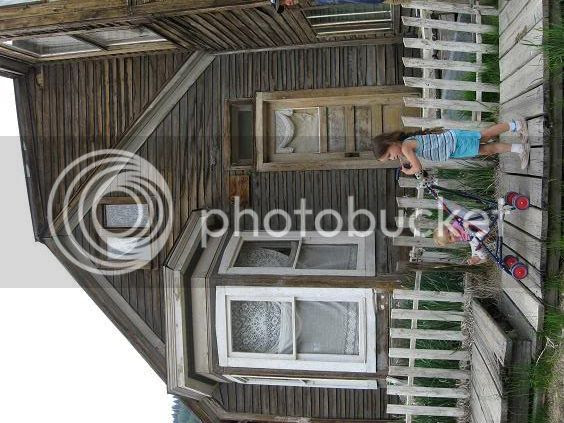 Across from the general store in St. Elmo is "Chipmunk Crossing", where chipmunks hang out and wait for tourists to come with little bags of seed from the store, and sit and feed them. These were brave little chipmunks! They crawled all over you if you let them. They ate out of our hands, sat on our laps. Cora liked watching them, until one of the chipmunks crawled on her head. She was done after that. 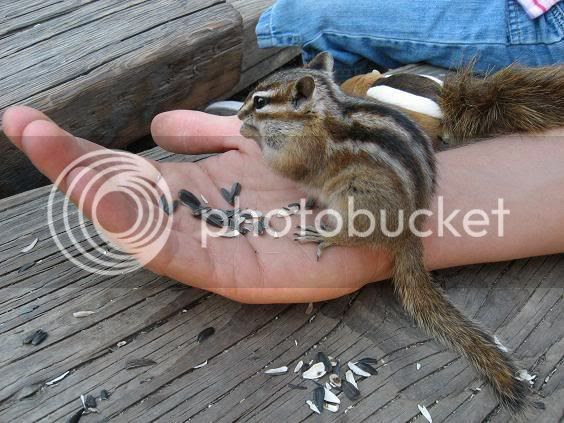 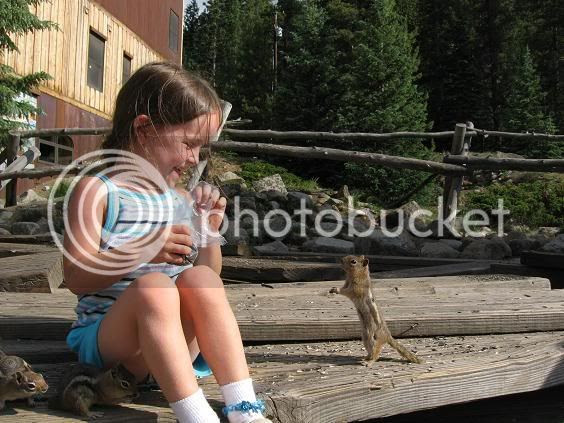 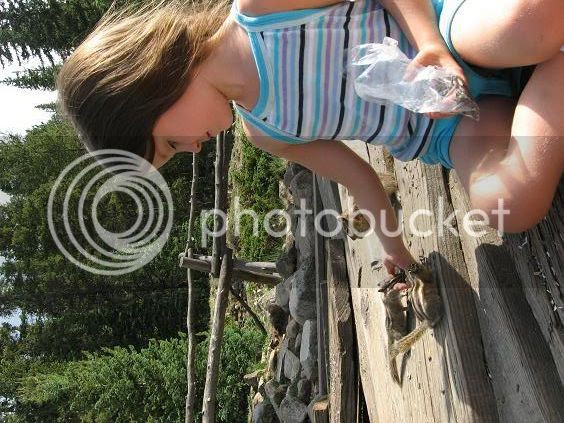 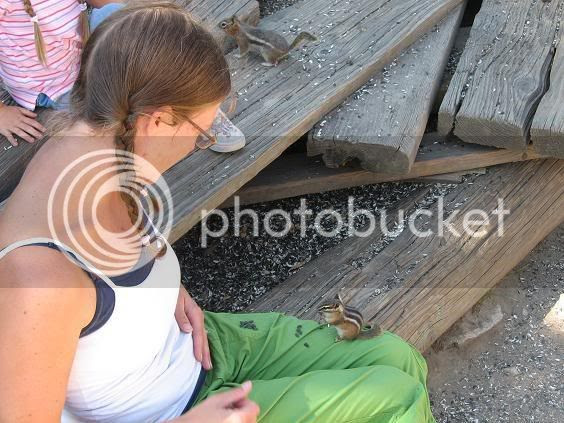 We hiked to Agnes Vaille Falls, a mile round-trip through forest, with a bit of a rocky end. It was gorgeous. Chloe is such a good hiker - she wasn't ready to be done! 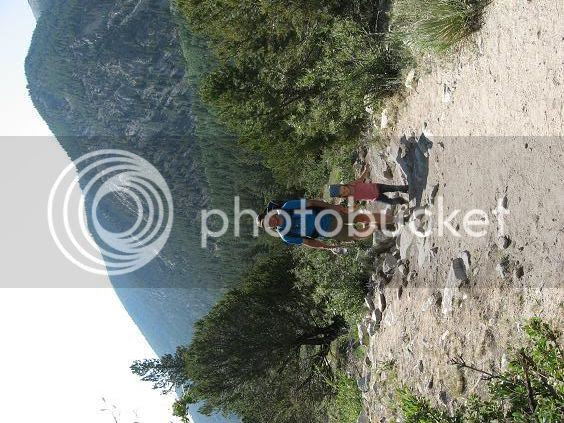 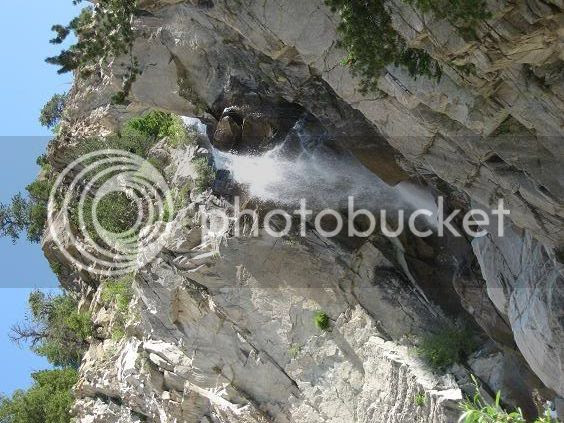 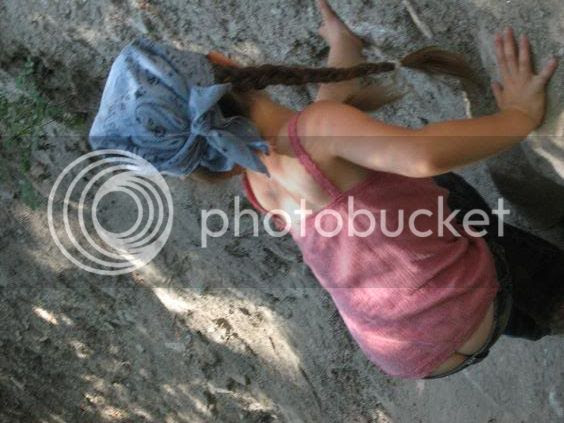 Cora and I spent the afternoon at the campsite while Andrew and Chloe went fishing. It was nice and relaxing, actually, even though Cora was in a bit of a spazz mood. :o) Actually though, for the whole trip, she did amazingly well. People always tell us we're crazy to take a baby camping, but they just don't know our baby. She is perfectly happy when she is outside. She wasn't able to get down and crawl around at all the whole time because there were so many ants on the ground. She was limited to either sitting in her stroller or sitting in her table highchair. And she hardly fussed. We managed to be driving when she needed her naps, so she went right to sleep (even on crazy bumpy roads!) and she slept great at night. Both of our girls are totally campers. 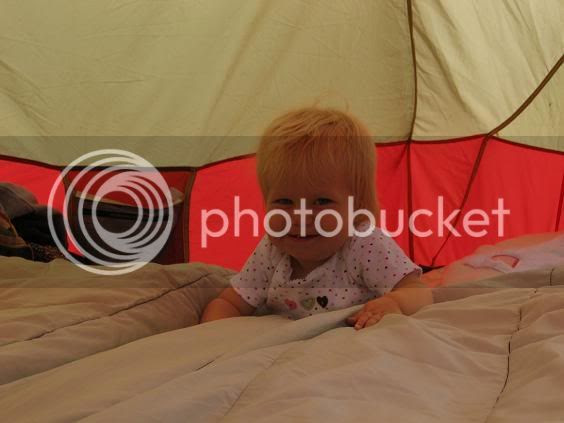 We took a drive down a dirt road where there were lots of wildflowers to look at and some neat old mines. This one looked like it was ready to topple over onto the road! 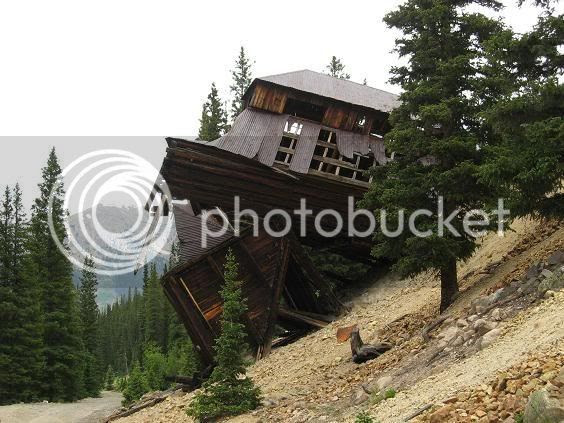 I actually had a really good time looking at all the wildflowers. They were everywhere. Bushes of blue penstemon, purple fringe, arnica, blue flax, wild daisies and sunflowers. There were columbines in all different shades, some wild irises and geraniums, with giant paintbrush and wild rose bushes. And there were tons of strawberry plants all along the road. I was so tempted to stop and dig some up to bring home and plant!

Our campsite left a lot to be desired - St. Elmo is a rather busy place and we weren't expecting that. We got the last camp site available, with no shade, right at the campground entrance. There wasn't any grass or anything, just dirt and rocks. The surrounding area was dangerous - Chloe got her first cactus stuck to her pants at her ankle. Pulling it out produced an incredible scream and lots of tears. Izzy stepped on cacti twice too. The campground prompted Andrew to say that he is done with campgrounds. We'll get ourselves a camp table and fire pan and then we can camp away from other people, RV's and pavement. I like the sound of that. :o) Except that lots of people are more likely to scare off wild beasts. The camp host stopped by the first night to let us know someone had spotted a bear across the creek. I didn't sleep so well that night! It rained both nights too - not much, just some sprinkles really. Andrew and the girls just hid under a blanket until it stopped. 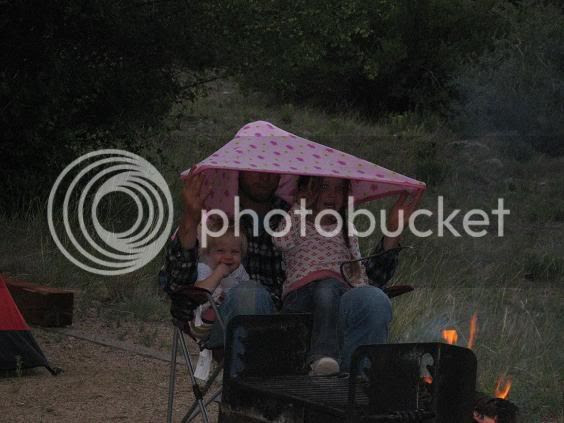 Nothing beats a breakfast of cinnamon French toast when you're out camping! 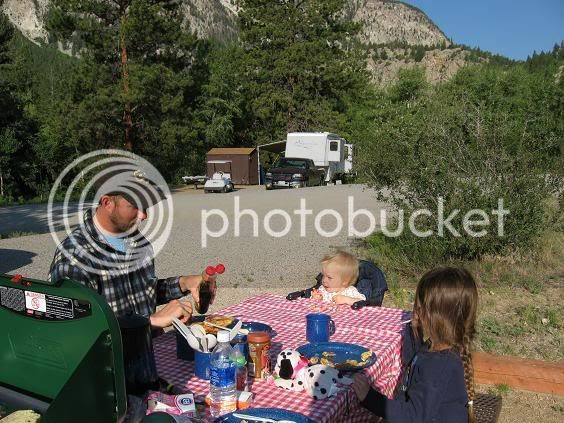 All in all the trip was a good one. It was relaxing, which I needed. And I'm glad I finally got to see St. Elmo.

That looks like a pretty cool place! I would love to go camping, I'm just not sure how Andrew would do! Perhaps we should try in my parents' backyard first LOL Also, my MIL would be thrilled with the chipmunks. She has a few that live in her backyard that eat out of our hands.

Hey Julie!~ I loved camping when my girls were little. We camped all the time, so your post brings back so many memories for me. One of our favorite places, besides the Sierras, was a place called Calico Ghost Town... totally fun, and St. Elmo reminds me of that.